A few moments ago, Adedimeji Lateef, a prominent Nollywood actor, scriptwriter, and socialite, became a viral topic of discussion among his fans after he released a new video of himself stepping out in style with his beautiful wife, Adebimpe, who is also a well-known actress.

The celebrity couple were captured donning matching outfits. This video was made at the moment they were about to step out of their home for an important party. Nevertheless, social media has become a platform where celebrity couples use to share lovely moments of their lives and couple goals with their fans, and Adedimeji Lateef is quite known for his active presence on social media, where he frequently shares heart-melting and loved-up photos with Adebimpe.

Check out screen captures of the video below. 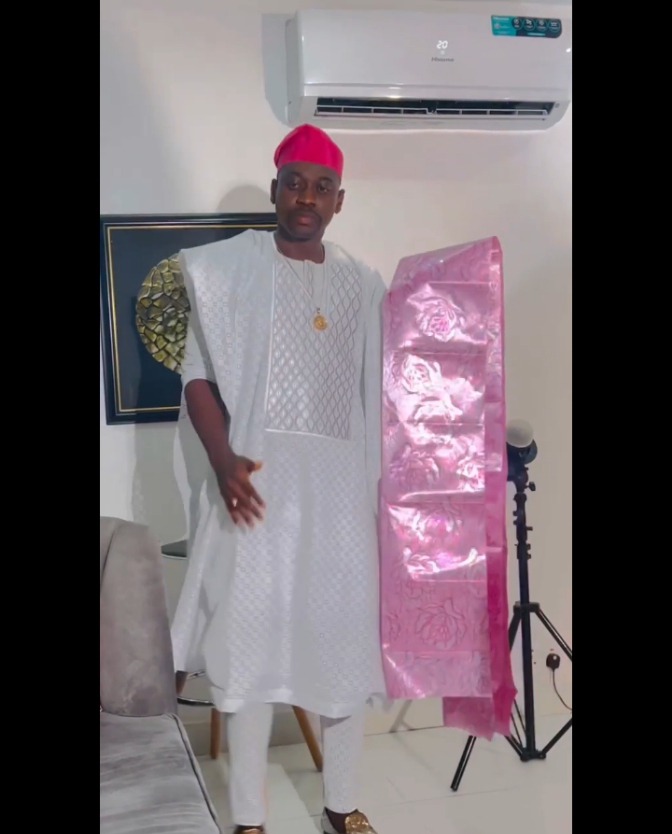 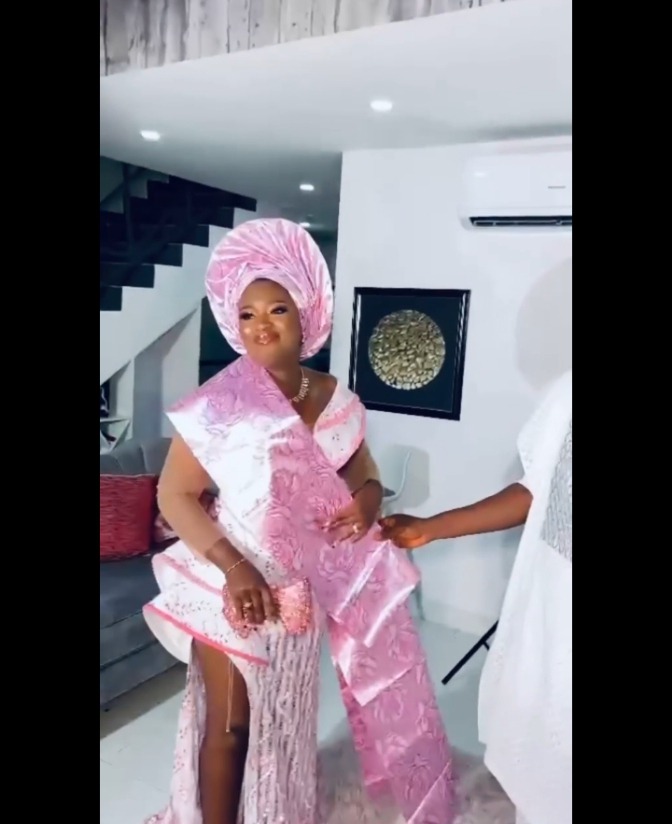 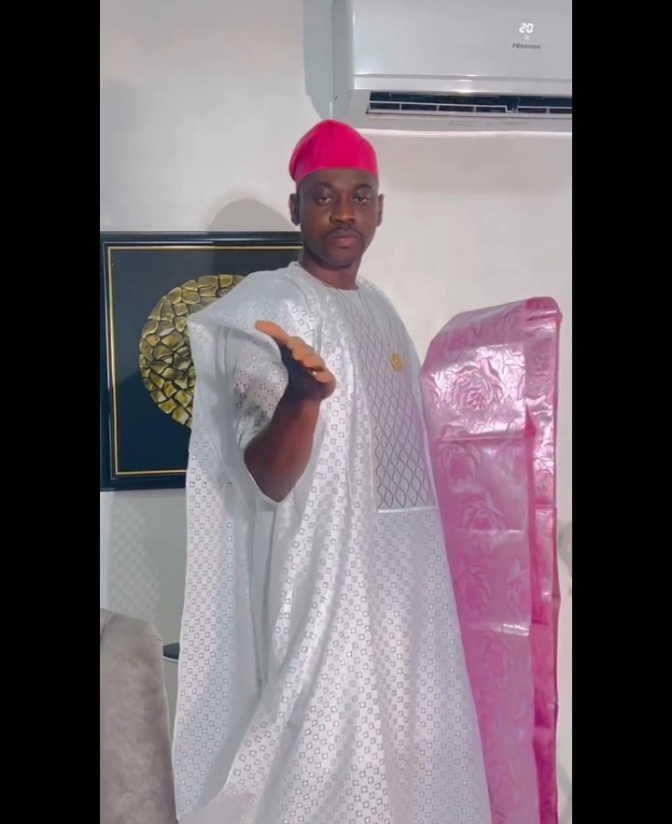 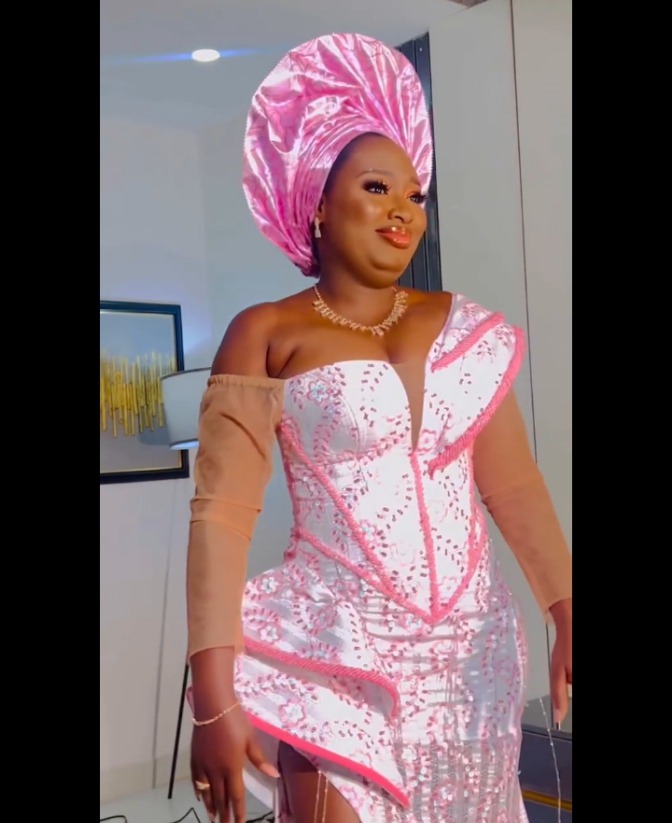 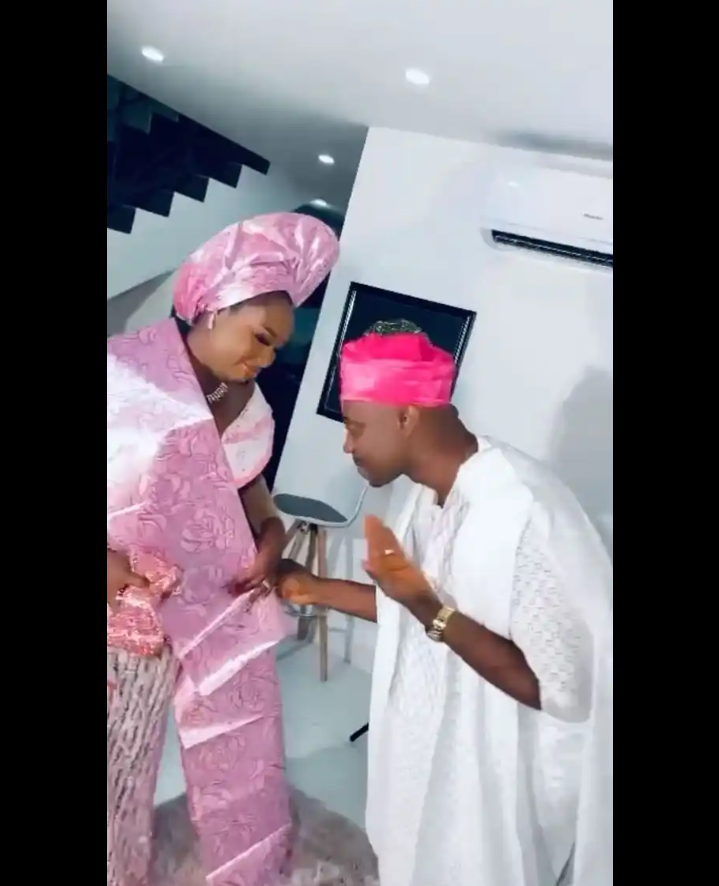 While releasing the video, Adedimeji Lateef added a caption that reads, “Out with Alhaji’s wife looking regal. I love stressing her.”

Check Out The Screenshot Of His Caption Below

As expected, immediately after the post surfaced online, celebrities, fans, and so many other social media users who came across the post quickly rushed down to the comment box section to express their reactions from different perspectives.

Check Out The Screenshot Of The Comment Section Below