People say he is lucky to have her, abi his care and money is what is making her look better by the day. 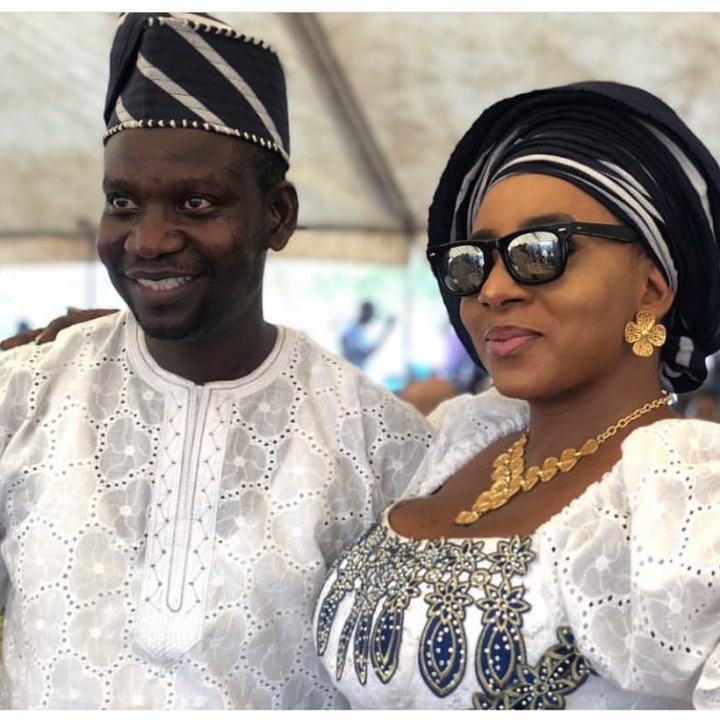 Come to think of it, her husband is not ugly na. Haba! And it is not like she was extremely beautiful for him when he met her. Marriage is not about beauty but it doesn\’t mean you shouldn\’t fall in love with an handsome or beautiful person. By the way, beauty is good but it shouldn\’t be the main prerequisite for loving someone. That is how Mide Martins reasons by the way because she said she fell in love with her husband because he is a very dependable person who was really there for her when her mother died. She was without a companion and he was always there being that he was her mum\’s manager before she died. Mide was born in 1979 and didn\’t want to have anything to do with acting until her mother\’s death inspired her. Mide had no skill for acting as a profession, but she did to retain her mother’s memory.

Within a few years in the entertainment industry as an actress, she fell in love with the art. She later confessed that she would have missed so great a mark of excellence if she had pursued something else. She has two daughters Anuoluwapo and Iyin who she birthed for her handsome husband, Afeez Abiodun. She\’s good looking and some have said she\’s too good for her husband which she has come out to say severally that they love each other and she loves him like that, saying all those people are just talking a rubbish, just talking a nonsense. Look at the guy critically, is he not handsome?