Popular Nollywood actress Destiny Etiko, also known as “Drama doll” is one of the most sought actresses in Nigeria because of how talented she is, her consistency, and her commitment to the Nollywood movie industry.

The 32 years old actress ventured into the movie industry in 2011 as a University student. During an interview, she described her experience as a difficult one because she had to combine her acting career with her school as she was still a student at the time.

Destiny Etiko in 2012 became recognized after she featured in a movie titled “Idemili” which was produced by Ernest Obi. Ever since then, she became one of the most sought Nollywood actresses because of how well she performed any role assigned to her. Destiny Etiko has made fortune out of her acting career and hard work in other of her businesses and her 3 Mansions and 6 luxurious cars prove that she has invested her wealth wisely.

In this article, I will be sharing with you photos of Destiny Etiko’s 3 completed mansions, photos of her 6 luxurious cars, and her sources of income.

1) Destiny Etiko’s Three Mansions: On the 13th of August 2021, Destiny Etiko took to her Instagram page during her 32nd birthday to show her newly acquired mansion located in Enugu State. She wrote, “a birthday gift from me to me”. 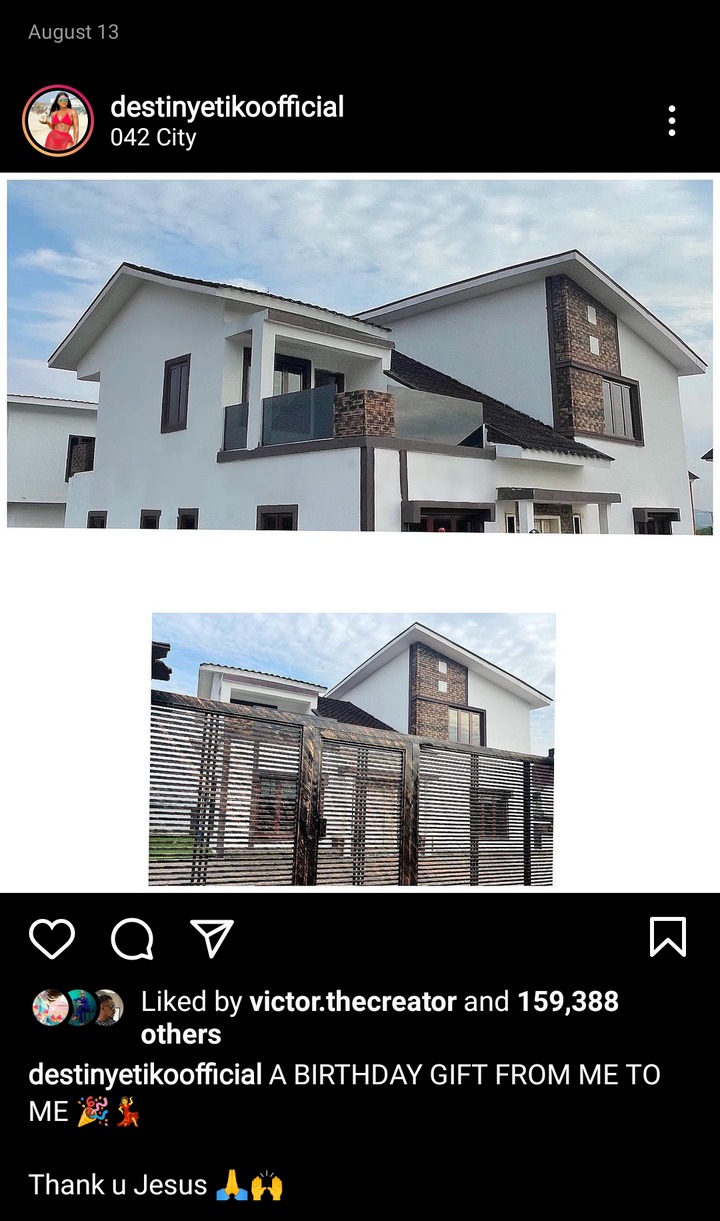 Barely a month later, she also took to her Instagram page to share photos of her second completed mansions on the 1st of September 2021.

Three months later, being the 12th of December 2021, she also took to her Instagram page to announce the completion of her third mansion. 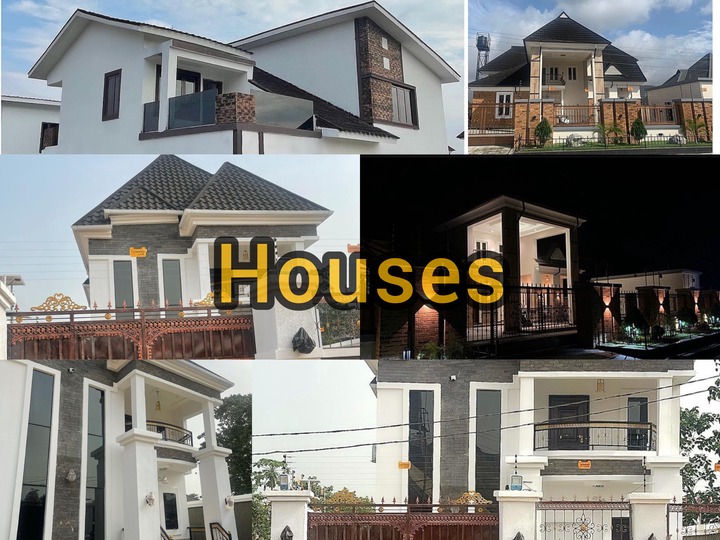 2) Destiny Etiko’s 6 luxurious cars: Destiny Etiko is also enjoying the sweat of her hard work and is a proud owner of over 6 flashy cars which cost millions of Naira. Her luxurious cars include Venza, Lexus 350, a black and a white Prado Land Cruisers, Range Rover, and Mercedes Benz 4matic. 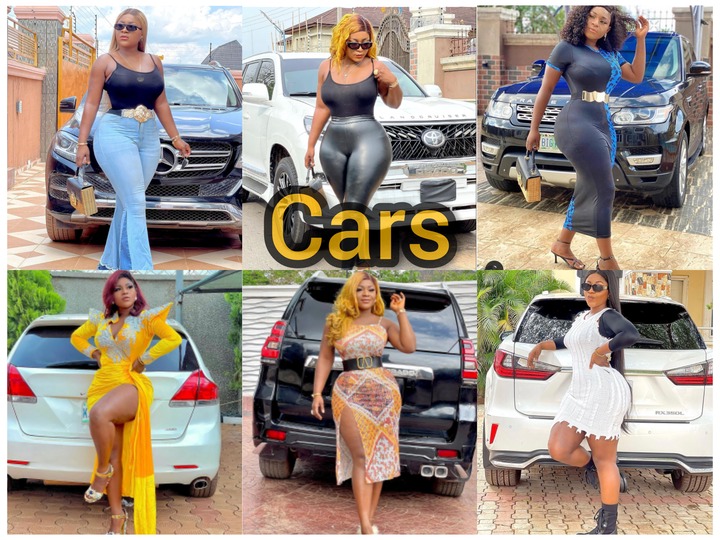 3) Destiny Etiko’s sources of income: Destiny Etiko is a popular Nigerian entertainer who does mainly acting as her major path of career in life. A lot of people will doubt that she cannot make all the money only from acting movies and they could be right.

Destiny Etiko is a hardworking lady who is also into the modeling of clothes and pieces of jewelry. She also receives endorsements from different brands and she is working with construction companies. 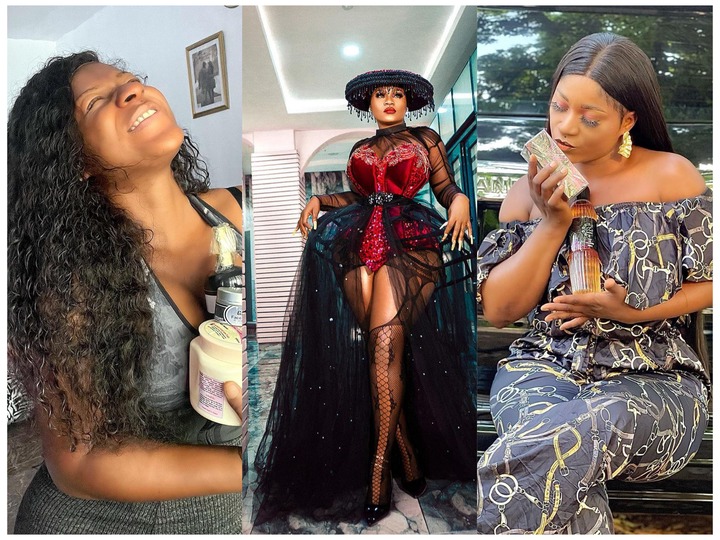 Destiny Etiko is a blessed hard working young lady and her journey to success is one that proves that anyone who works hard and invests wisely will not live to regret life when they get older.