Chika Ike is a Nollywood actress, movie producer, model and a vibrant entrepreneur. Chika Ike is currently the United Nations ambassador and the Chief Executive Officer (CEO) of Fancy Nancy Collections and Chika Ike Productions. She has been rated as one of the richest actresses in Nigeria. Movie making has become one of the most lucrative businesses in Nigeria and with evidence from Chika Ike you will all believe with me that movie business is indeed a good business.

Chika Ike who aside from acting is also an entrepreneur has acquired so many properties for herself. She has some of the expensive properties only few Nollywood celebrities have. So in this article I will be sharing with you the 7 expensive things own by Nollywood actress Chika Ike. 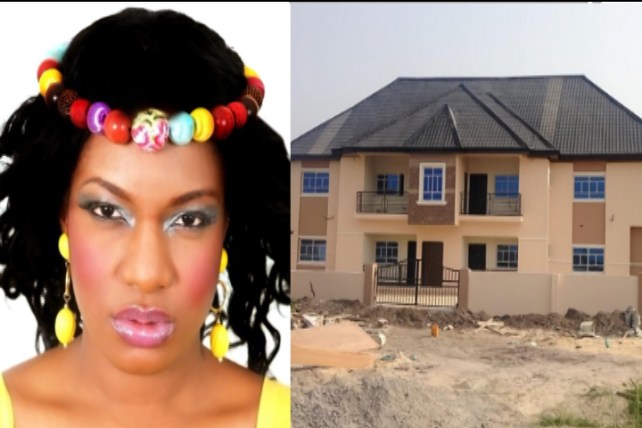 Chika Ike built a very big mansion in Lekki, Lagos State worth $300,000. The house is situated at Lekki phase 1, a region in Lagos which is reserved specially for the affluence and most successful people to live in. people living in this area are mostly working class people who are currently working in a big conglomerate with huge salary.

A poor man cannot live in Lekki phase 1 because houses there are very expensive. Luckily for her, she was able to buy a piece of land in one of the estate in Lekki Phase 1, Lagos and built a mansion which is worth to be about $300,000. Chika Ike who rose to fame in 2005, after starring in the Nollywood blockbuster movie “Bless the Child” a movie that won her an award for Most Promising Actress in Nigeria at the African Movie Academy Awards has acted in more than 200 movies which include The Paradise, Mirror of Beauty, To Love a Stranger, Girls Cot Reloaded, Happy Ending, Bless the Child, Sweet Love, amongst others. 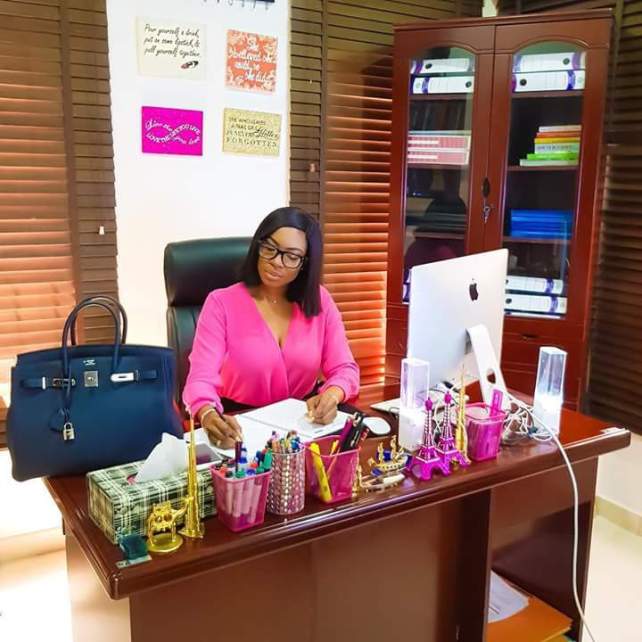 Chika Ike owns a very big boutique in Abuja which she calls “Fancy Nancy” the boutique is so big that it has exotic and well branded designers, jewelries, necklace, wrist watch, shoes, handbag and clothes, amongst others. In 2014, Chika Ike spent millions of naira shopping in Turkey, Dubai and London, shopping on some of the most expensive designer shops and having a good time cruising in Yacht. Chika Ike who was born on 8th November 1985 in Onitsha, Anambra State in the south eastern part of Nigeria, began her career as a model at the age of 16 years old before joining the Nigerian movie industry (Nollywood).

Chika Ike’s collection “Fancy Nancy” has a reputation for developing stylish, comfortable and fabulous fashion outfit and accessories such as jewelries, bags and shoes, amongst others. After her primary and secondary school education, Chika Ike got admitted to University of Lagos in 2004 to run a 2-years diploma program in Human Kinetics and Health Education in which she graduated with distinctions.

3. Chika Ike has a diamond ring and a Rolex Oyster Perpetual Datejust Wrist watch worth $8,695 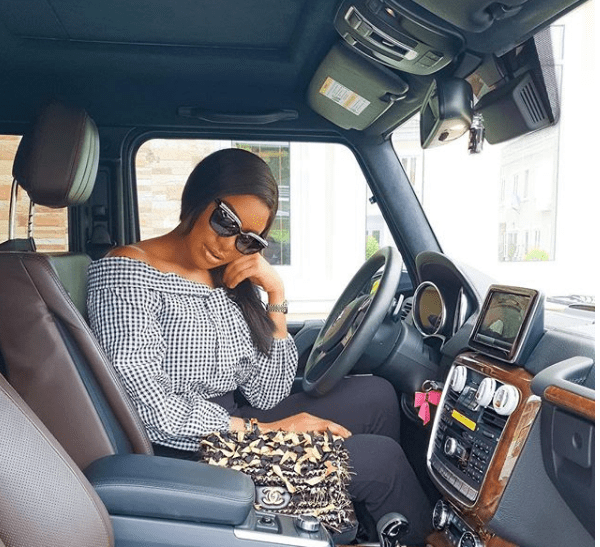 Nollywood actress Chika Ike also has a diamond ring and a Rolex Oyster Perpetual Datejust Wrist watch worth over $8,695. She always flaunts her diamond ring and her Rolex watch on social media. The ring and the watch are both very expensive and could only be afford by the rich and affluent personality. In 2006, she completed her diploma program in University of Lagos and went further to get a degree in human kinetics and health education in the University of Lagos. Chika Ike is currently among the richest actresses in Nigeria and also among the most beautiful actresses in Nigeria.

Indeed this beautiful actress has accomplished her dream as a self made millionaire. Chika Ike has been outspoken on abusive relationships, having been a victim of domestic violence. She has won several movie awards which include Best Actress of the Year at the Africa Magic Viewers Choice Awards and Most Promising Actress in Nigeria at the Africa Movie Academy Awards. She has indeed proven that hard work really pays and dreams do come true.

4. Chika Ike has an Amal Azhari Dress from a Lebanese Designer Worth $5000 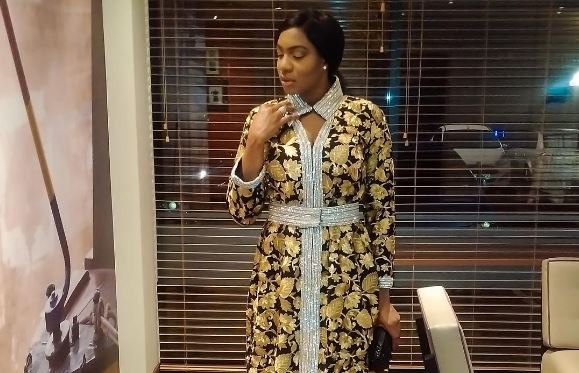 Nollywood actress Chika Ike also has an amal azhari dress from a Lebanese designer worth over $5000. This dress was specially designed for her under her request. Everyone knows Chika Ike as someone who doesn’t play or joke with her outfit. She always dresses in a fashionable style and always wants to look good.

She began acting in her local church drama at a very tender age of 6 years old. In 2005, Chika Ike joined the Nigerian movie industry (Nollywood) and acted in her first movie “Sweet Love” which brought her to limelight. Chika Ike is currently the United Nations ambassador for Displaced persons and the CEO of Fancy Nancy Collections and Chika Ike Productions.

5. Chika Ike owns a black and white Hermes berkini bags and a channel bag worth $8000 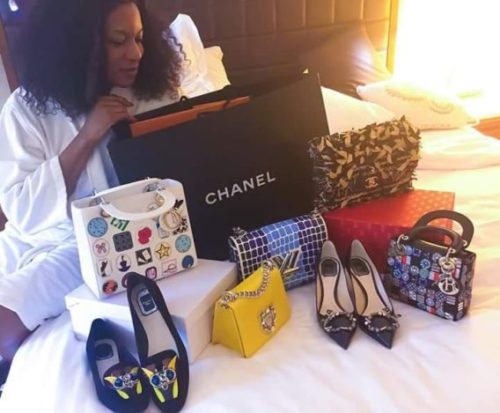 Chika also owns a very expensive black and white Hermes berkini bags and a channel bag which is worth over $8000. Chika Ike is no doubt one of the richest actresses in Nigeria. She is currently the UN Ambassador for Displaced persons and also the brand ambassador for Bullet energy drink. Her boutique is worth millions of naira and she has customers from different part of the country and also foreigners patronizing her brand. She is indeed a strong, hardworking and dedicated woman.

After establishing her reality television series, Chika Ike went further to established her own film production company known as “Chika Ike Production” and became a boss of her own. 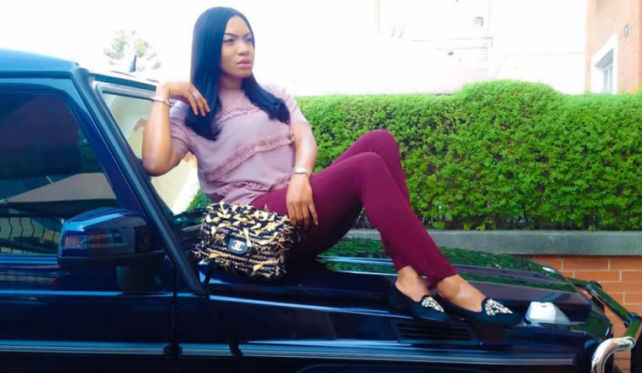 Nollywood beautiful actress Chika Ike also has a Mercedes Benz G Wagon and other fleet of cars in her garage worth over $90,000. She also has a Toyota Camry and a Lexus Jeep. The beautiful actress is not only rich but also educated. In 2014, Chika Ike graduated from the New York Film Academy in Los Angeles, California in the United States of America where she studied filmmaking. After graduating from film academy in New York, Chika Ike created and began hosting her reality television series known as “African Diva Reality TV Show”.

She is indeed an accomplished lady having acquired all her properties through hard work and commitment. In 2012, Chika Ike threw a children street party where she hosted over 3000 children on the street, she fed them and gave gifts to them.

7. Chika Ike has a huge studio and office which is located in Lekki, Lagos State 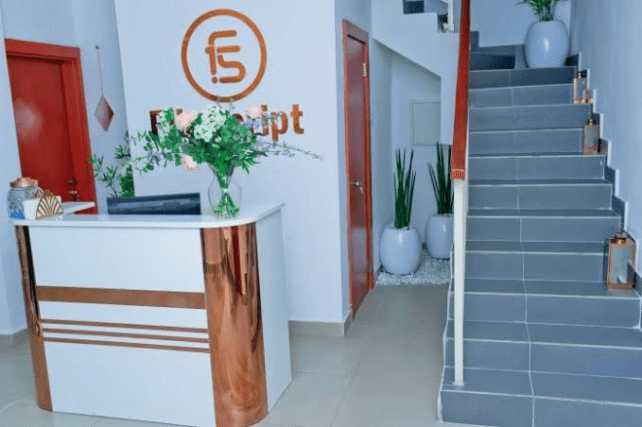 Recently Chika Ike acquired a huge studio, and an office space in Lagos. She unveiled pictures of the studio few months ago and posted it on social media. It was rumored that it was Regina Daniels billionaire husband Ned Nwoko that has been buying those expensive gifts for, but it has not been verified if the rumor is true or not. Chika Ike studio is located in Lekki Phaze 1, a very beautiful serene environment in Lagos.