There are these celebrities whose weight loss journey made a lot of fans give their opinion on their new body look and applaud them for getting that desired weight they have always wished to get.

The Veteran actress, Eniola Badmus, better known as Badoo, weight loss journey was one that surprised the majority of people. She has worked a lot on her self that has aided her drastic weight loss. After Eniola’s weight loss, she started uploading new photos and her fans noticed her massive body changes, and she was hailed for doing so well to lose weight.

Eniola also revealed that she underwent a gastric bypass surgery, and she also does exercises to aid her weight loss. Eniola was able to achieve her dreams of losing weight almost a year after she said she wanted to lose weight and asked her fans to help her. 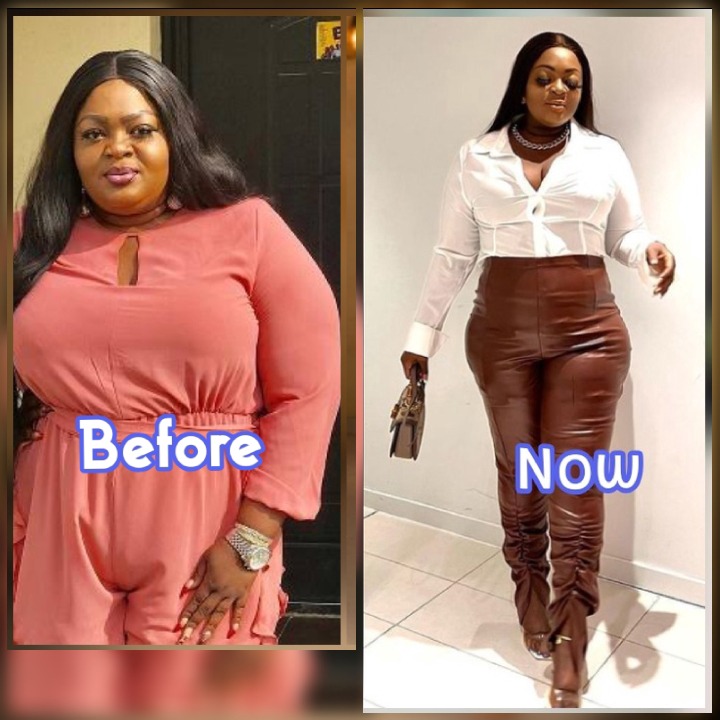 Deborah Olawoyin, better known as Mizsthicnesz, weight loss is another one that has caused a lot of applause on social media. Deborah did a lot on her body to be able to achieve her current type of body weight. Deborah has revealed how she watched her diets and also how she did some exercises to aid her loss of 120kg (260lbs). Although Deborah revealed that she did Tummy Turk and chest reduction, and that’s how she got her body this good. 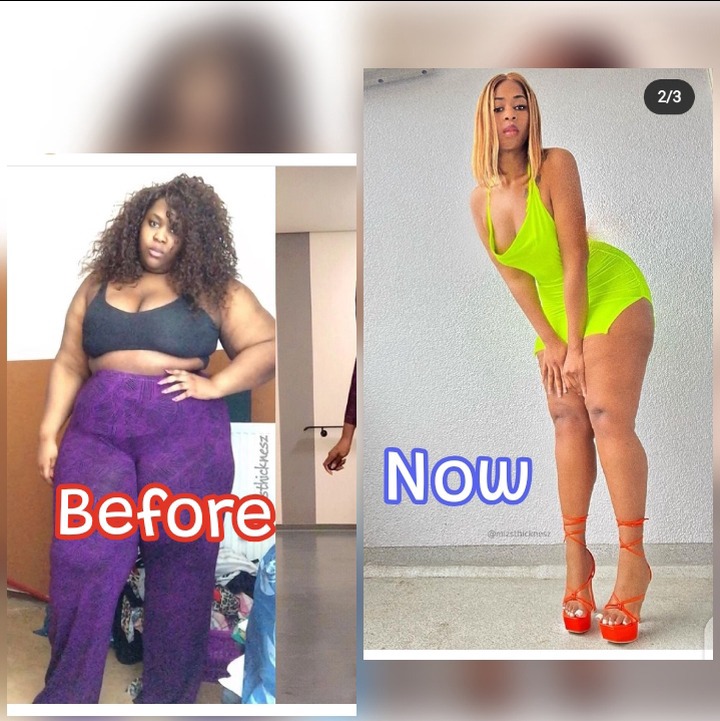 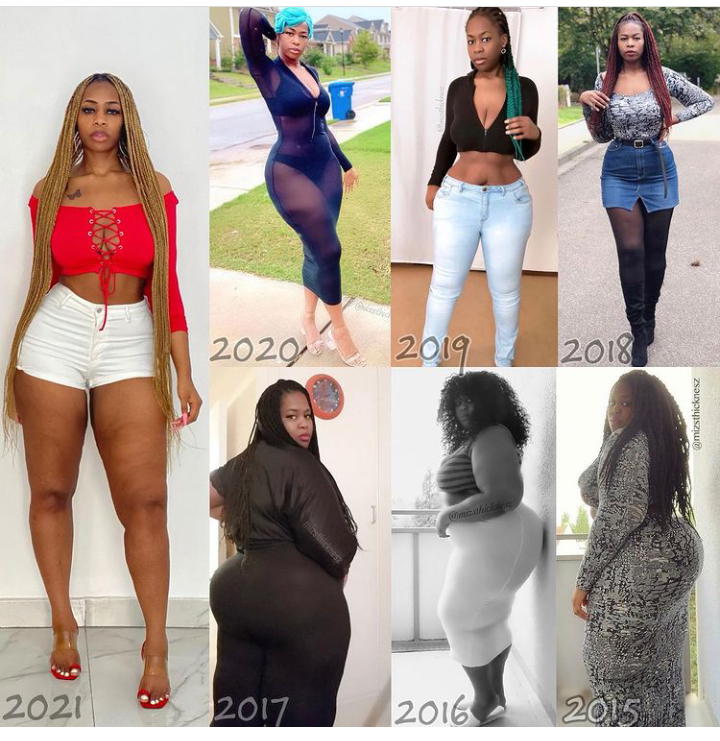 Elvina Ibru, the popular actress was applauded after she lost so much weight. She was weighing 250kg and later reduced to 115kg, she even added that she would like to get to 95kg or 100kg. According to one of her interviews, she had revealed that her sister Gloria was the one who inspired her to lose weight and also how she couldn’t do certain things that caused her to lose weight.

Elvina said that dieting was what aid her weight loss as she promised to give out her diet lists after she reaches 100kg or 90kg respectively. 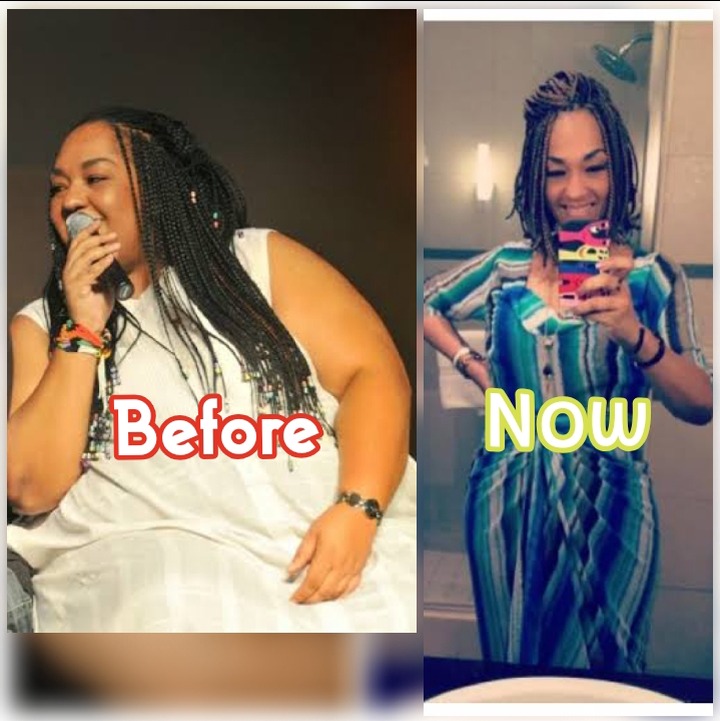 Actress and comedian, Ogunboye Bose otherwise known as Lepacious Bose, is one of those celebrities who has drastically lost some weight and was applauded for it.

According to her, it took her 18 months to lose 70 kg of weight, but when she posted her new look after weight loss, majority of her fans said she did surgery, although she debunked the news and told them that if she did surgery, it wouldn’t take her such long period of time to get to where she is and of course, surgery requires some exercises and other things, so she decided to get it naturally by dieting. 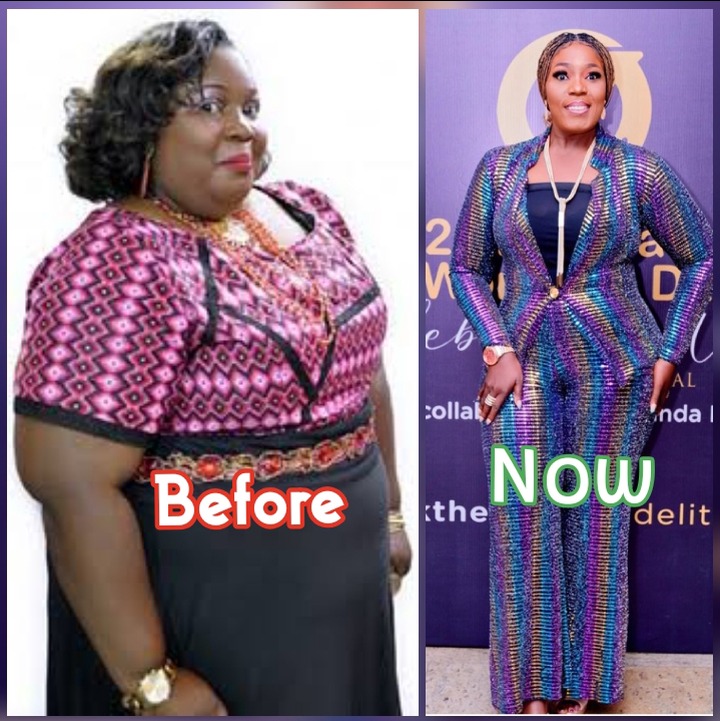