Nigeria’s Nollywood industry has evolved over the years while progressively producing beautiful actors we cannot forget in a hurry.

The industry has enjoyed unprecedented growth over the years and has witnessed a lot of resharpening from what it used to be.

Nollywood had in years back been graced with multitalented actors who once starred on our screens, week-in-week-out; it has also experienced the sudden fading out of some of its best acts, more to the shock of their fans.

Below are 14 Nollywood actors who have faded out of our screens.

Beautiful gap-toothed Susan was born in Akwa Ibom state, she came into the limelight after she acted in the movie ‘Sakobi: The Snake Girl’. This made her one of the most sought after Nollywood actresses in the early ’90s. She was alleged to have snatched another woman’s hubby while a student at Lagos State University (LASU). She eventually faded away as a result of competition for most of the roles she acted.

Famous Nollywood actress and former model Lilian Bach who turned 50 recently was shot to the limelight for her prominent roles in blockbuster movies like ‘Ogidan’ and ‘Married to a Witch’. Lilian was born in Lagos Island to a Yoruba mother and a Polish father.
Lilian came into the limelight as a model in the 1990s when she competed in the Most Beautiful Girl in Nigeria (MBGN) pageant. She also featured in several television commercials and she was at some point the Face of Delta Soap. She took a break from doing movies to pursue a career in production and has faded out since then.

Hanks Anuku was a Nigerian actor known for his numerous roles as a villain in many Nollywood films. He used to be the go-to guy when producers needed a perfect movie ‘bad boy.’ Trailed by personal controversies and alleged nonchalant attitude while on location, Hanks has gradually faded out of the movie scene. As of 2017, Anuku was said to have naturalized and become a Ghanaian.

Nollywood diva and movie producer Shan George was well-known the ’90s. The beautiful singer, prior to debuting in the movie ‘Thorns of Rose’, had previously featured in a 1997 soap opera titled ‘Winds of Destiny’. She is best known for her role in the movies ‘Outkast’ and ‘Welcome to Nollywood’.

Obinna Nwafor popularly known as Saint Obi, is a Nigerian actor, producer and director. As a great actor and Nollywood’s ‘bad’ boy, in the 1990s, he was often called Nollywood’s Mr Quality because of his attention to details when producing or directing movies. He joined Nollywood in 1995 when he started attending movie auditions and featured in a number of soap operas which aired on NTA after which he was called by Opa Williams to star in a movie. Saint Obi is best known for his roles in Candle Light, Sakobi, Goodbye Tomorrow, Heart of Gold, Festival of Fire, Executive Crime and Last Party.

Patrick Uchenna Attah popularly known as Pat Attah is a famous Nollywood actor, director, television personality, model and musician. He the Nigerian Movie Industry in 1993 upon graduation and rose to popularity in 1994 after a brilliant performance in the movie “Glamour Girls”. In 2015, Pat became a born-again Christian and relocated with his family to Germany where he is a minister of the Gospel.

Popular Nollywood actress, Sandra Achums in the ’90s was probably one of the most popular actresses in the Nollywood industry. She joined the Nigerian movie industry in 1995 and acted in her first movie Deadly Affair. Her acting skills were excellent as she could interpret any role she was given hence, she was known as the bad girl of the Nollywood industry because she majorly acted as a bad girl, one role she always interpreted well. In the early 2000s, Sandra Achums took a break from acting and decided to face her family as she got married and started having children. She has since relocated to Germany with her family.

Popular Nollywood actor, Charles Okafor is recognized as one of the veteran actors in the Nollywood film industry. He was known in 1996 when he appeared in his first movie ‘Domitilla’ and in 1999, he rose to fame after starring in the blockbuster movie ‘End of the Wicked’. He is currently an ordained pastor.

Ejike Asiegbu is a Nigerian film actor and film director who once served as President of the Actors Guild of Nigeria. He was also previously appointed as personal assistant to former Biafran leader Odumegwu Ojukwu during the 1994 National Constitutional Conference in Abuja. He joined the Nigerian movie industry in 1996 and was shot into the limelight when he acted in his first movie, ‘Silent Night’.

Rita Nzelu is a renowned Nigerian actress, model, television personality who joined Nollywood in 1990. She made her debut in the movie “Living in Bondage”, a movie that brought her to fame and recognition in Nollywood. She is also known for Ortega and His Enemies (2014), Stigma of Womanhood (2016) and Terrible Sin (2001).

Nollywood sweetheart, Victoria Inyama, began her acting career with a soap opera titled ‘Ripples’ between 1998/1999. She was featured after she was discovered by Alex Usifo who saw, the talent in her and invited her over for an audition. Victoria is married to the legendary author, Ben Okri. She relocated to the United Kingdom after she got married and this was responsible for her acting hiatus. She recently returned from her acting hiatus to feature in ‘Talking dolls,’ a 2017 movie which was rated as one of the best dramas of contemporary Africa. 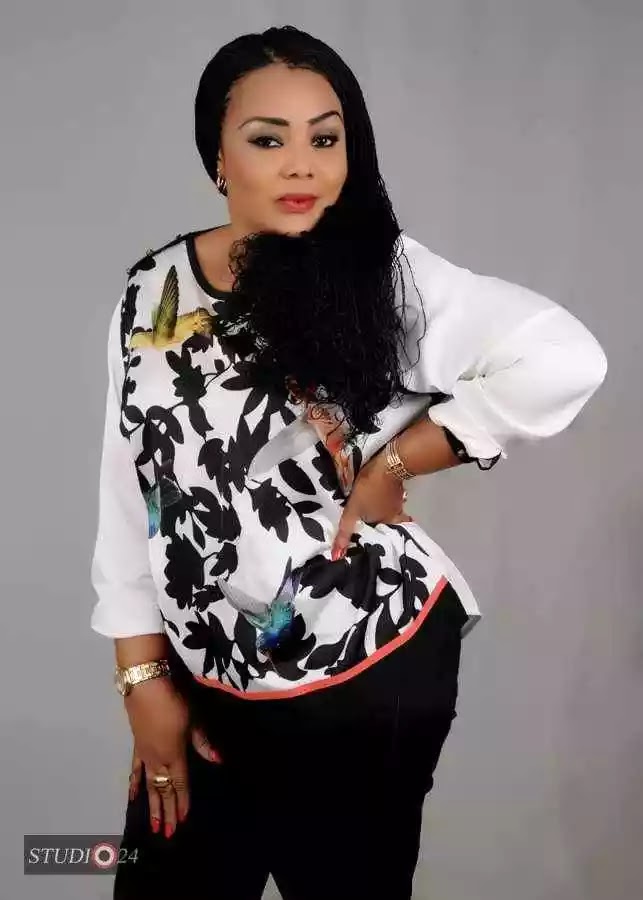 Nkiru Sylvanus is a famous Nigerian Nollywood actress who was known for her teary eyes and crying roles. Nkiru is one of the Nollywood actresses who created a niche for others to follow and one of the pillars that hold Nollywood firmly. She has acted in more than 150 movies playing minor and leads roles before delving into politics as the Special Assistant on Public Affairs to Rochas Okorocha, former Governor of Imo State.

Nollywood actress and mother of one, Grace Amah joined the Nigerian movie industry in 1999 when she started her acting career at the age of 13. She made her first debut as a 13-year-old character in the movie ‘Chains’. She became a public figure when she was featured in Teco Benson’s Nollywood blockbuster movie, ‘Elastic Limit’.