While the norm and average age for most women in Nigeria to get married and have kids is around the age of 25, some Nigerian celebrities broke this norm and had kids while they were teenagers while some of them got married early.

Well, in terms of age, marriage and motherhood, do you know some of your favorite celebrities had their babies before they turned 20?

Although, they all admitted that it came with tough challenges, but they are now reaping the fruits of their hard labor at the moment. So therefore, after a careful study and research, I will be sharing with you 13 Nigerian celebrities who became mothers before they turned 20.

Talented and beautiful Nollywood actress, Clarion Chukwura was impregnated by Sir Shina Peters many years ago when she was still in the university. She got pregnant at the age of 18 and had her baby boy who has grown to be a music video director, in the person of Clarence Peters, the multi-award winning musical video director. At the age of 54 years old Clarion Chukwura got married for the third time to America based businessman named Anthony on April 2016, but sadly the union didn’t last. 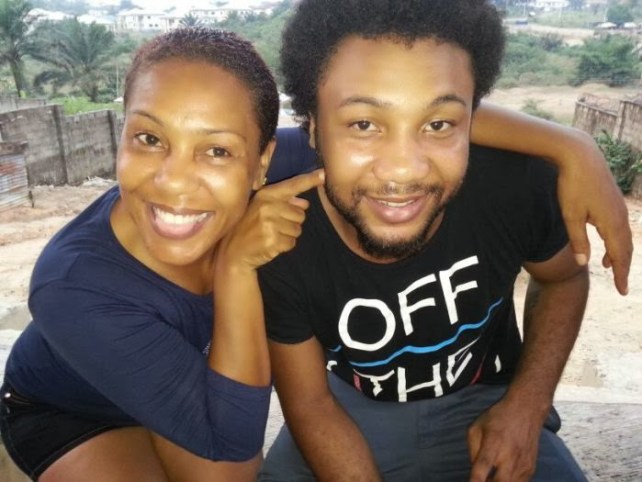 Shan George got married at a tender age of 16 and had her two lovely boys who are now grownup men. Few years later, she walked out of the marriage and now living as a single mother. She once said: “Being married at the age of 16 was just like a child still living with her parents. It was more like an obligation. I don’t really want to talk about it because of my children” she stated this during an interview. Meanwhile, the talented actress welcomed her first grandchild on September 7, 2014 as her first son, Delnoi had a beautiful baby girl.

The super star Nollywood actress became a mum at the age of 17 and has carefully shielded her daughter from the prying eyes of the public. The star actress became a mum at the age 17. She has a daughter, named Chimebuka. Genevieve Nnaji got pregnant when she was still in secondary school as a teenager. She kept the baby under the care of her mum and started hustling as an actress in the Nigerian movie industry. Today she is happy and proud that her daughter is now an international model and also married to her heartthrob. The beautiful actress always keeps her precious daughter away from the prying eyes of the media and gossips. 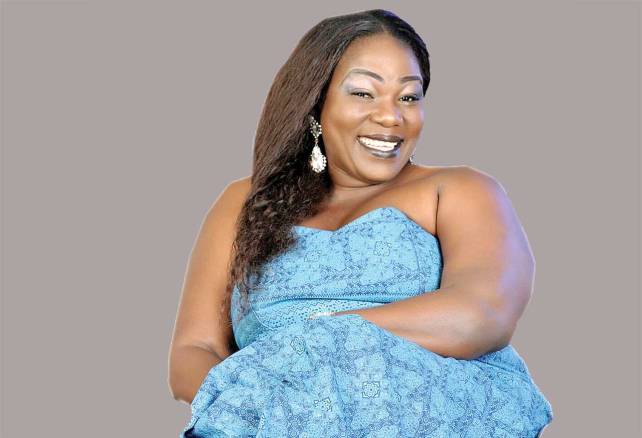 The popular and hilarious Nollywood actress had her first child at the age of 14 and according to her; she was dragged down that path by peer pressure. She was once reported saying, “Sometimes, I ponder on that. I had a child when I was just 14. My peers influenced me. But it has been some time now.” The 43 years old comic actress and TV personality is still single though, but believes that she would someday become a married woman.

According to her words; “I am still very single. I believe I will get married some day. I don’t know when, but I will be married. I am beautiful. I am fearfully and wonderfully made. When the time for marriage comes, it will happen. Some people are late starters while some others are early starters. Maybe you will qualify me as a late starter in marriage. The most important thing is that I will get married some day.

Nollywood beautiful and talented actress Omotola Jalade Ekeinde met her pilot husband at the age of 16. She later got married to him at the age of 18 and had her first daughter Princess Ekeinde at the age of 19 and later had other three kids, making it a total of four kids.

However, when asked if she had ever considered the fact that her daughter, Meriah who is now 21, could get married any time and she would end up becoming a grandmother at a young age, Omo sexy as she is fondly called said, “I don’t care much about it. I don’t even want to think about that because I got married early. What I always tell people is that all fingers are not equal. The fact that I got married early does not mean that my own child will get married early. My mother didn’t marry early. So it is not hereditary. But if my daughter wants to get married early it is her choice and I won’t disapprove it. 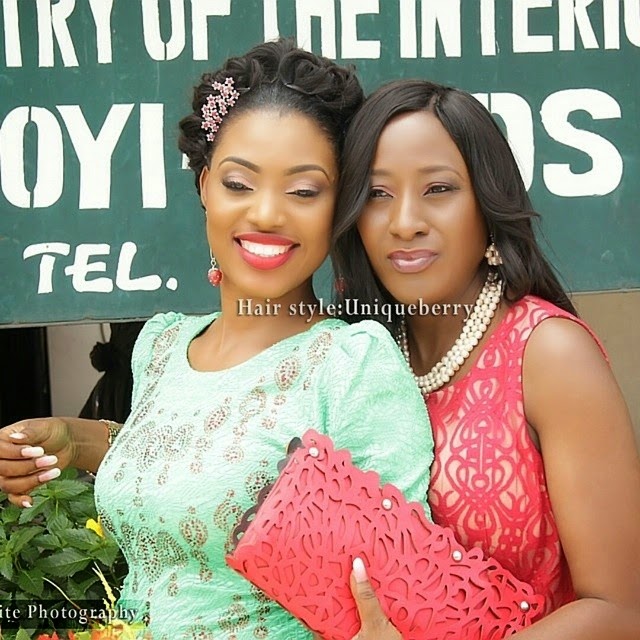 Talented Nollywood actress Ireti Doyle had her first child when she was 17 years old and before her marriage to Patrick Doyle. Her daughter is now grown up into a beautiful woman and is now married. Ireti Doyle had the daughter before she got married to her ex- husband, Patrick Doyle. According to her, she had some problems with her mother not understanding her and vice versa. Now she is the mother of a 29 years old lady and 4 other children.

Adding to that, Ireti Doyle is also a grandmother, as her daughter had since married and had a beautiful baby girl. During an interview she stated; “As a teenager, you have no business being a mother. You should be discovering yourself, finding out who you are and what your dreams are” she opened up during an interview.

Nollywood super star actress and TV personality, Liz Benson got married to her first husband, Samuel Gabriel Etim at a very young age. She got married when she was just 17 years old and the marriage had already produced 2 girls and 1 boy before beautiful Liz Benson lost her husband to death in her mid twenties. In 2009 she got married to Samuel Gabriel Etim. Her marriage is blessed with three beautiful children namely; Richard, Lillian and Roselyn.
Liz Benson is currently an evangelist and lives in Delta State, Nigeria where she is running her ministry ‘Freedom Family Assembly’. In her early twenties she lost her husband Samuel Gabriel Etim. She had to struggle alone to train her kids as a single mother. 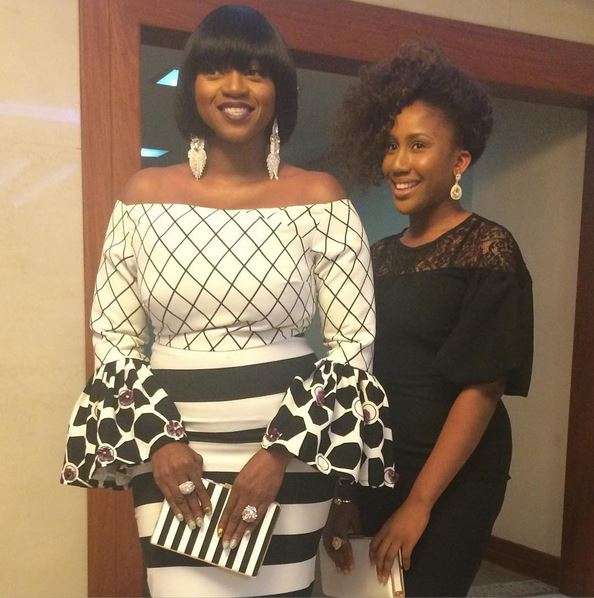 Beautiful and talented Nigerian singer and song writer, Waje has a daughter, named Emerald at the age 17 years old. She gave birth to her daughter on 28th March 1999, when she was 17 years old. Recounting her life as a young single mum, the sultry singer stated; “I was young. He was young. Our relationship now is very cordial.

We respect each other. He has not always been a part of my daughter‘s life until recently. He met her last year. When she was quite young he showed interest but my fear was that he won‘t be consistent. I didn‘t want a situation where he would come in this year and leave the next year. So I had to wait till I was sure that he would be there” she stated during an interview.

Talented Nollywood actress Hilda Dokubo revealed that she got pregnant at the age of 16 years old. During an interview she had this to say; “I was a very brilliant girl, and I got admission into the university at the age of 16. I became rascally and did what girls like that do. I slept with a man, and I became pregnant. Hilda Dokubo child is now a full grown man and he is also an actor. 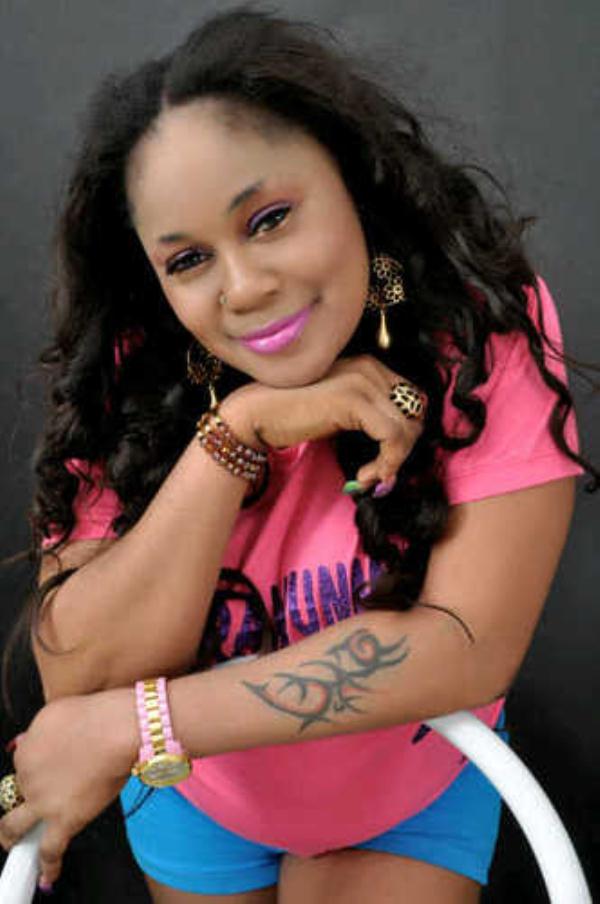 Nollywood actress Tayo Odueke popularly known as Sikiratu Sindodo had a daughter when she was still a teenager. Her daughter, whose name is Damilola Sulaimon is now grown up into a 21-year old beautiful damsel.

Nollywood actress, Lizzy Anjorin has a beautiful grown up teenage daughter named Rotimi and the actress successfully kept her daughter hidden until 2011. The beautiful actress allegedly gave birth to her lovely daughter Rotimi when she was still a teenager. Right now, her daughter has grown into a beautiful young woman. 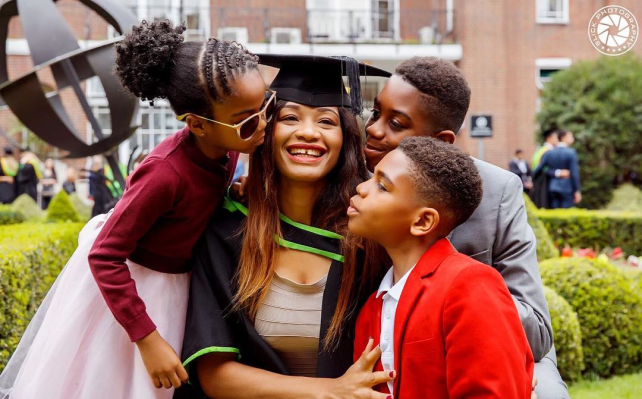 Amarachi Kanu is the current wife of former captain of the Nigerian Super Eagles, Kanu Nwankwo. She got married to Kanu Nwankwo at the age of 18 and was allegedly pregnant with her first child as at then. Her first child is now grown-up and she is now a mother of 3 lovely children.

Obot Etuk is a talented Nollywood actress and TV personality. The talented Akwa Ibom born actress got married at the tender age of 15 and started having kids almost immediately. According to her words; “We got married in 1985 and divorced in 2002. The marriage did not last long. We were young when we got married. I was 15 then and he was 18,” she stated this during an interview. She had 3 kids before her divorce.