Life is really funny. When young people are young, they wish so dearly to get older because they crave independence and they believe that they’ll be financially secure and have the freedom to live wild.

Older people want nothing more than to remain as vibrant and energetic as they were when they were young and so often reminisce on their youth and say, “Wow, I was really so young.”

It’s so funny this concept of time. And aging. People want to get older but so many are afraid of “aging”, everybody wants to be young forever.

But sadly, science hasn’t quite reached that level yet – and that is nothing to cry about.

Today, we’ll be taking a trip down memory lane and we’ll be looking at throwback pictures of 7 older Nigerian actresses. These pictures I believe are proof that there is nothing to be afraid about when it comes to aging. These women looked really good when they were young and they still looking smoking today. Are you ready to take a trip down memory lane? Then let’s go!

Nollywood titan Joke Silva has been acting for about three decades now and is still as gifted, beautiful, and sophisticated as ever. This year made the golden actress 59 years old, and it is so fun to take a look back so many years to a much younger Joke.

Our famous “crying mama”. Hilda Dokubo blessed our screens for so many years with some of the most moving and captivating Nollywood movies ever created. She always had the talent to push viewers over that emotional cliff and before you knew it – you were just in as much tears as she was.

As emotional as her roles are on screen, Hilda Dokubo in person is actually a really cheerful and bubbly person and it looks like it has been this way for quite some time now for the wonderful actress.

By far one of the most popular Nigerian actresses. There are very few Nigerians home or abroad that don’t know the name ‘Mama G’. Patience has starred in a slew of movies and is without a doubt one of the main pillars of the entire Nigerian film industry. Before today, I had never seen a young picture of Mama G so I went digging and voila, I’m now very happy to share my findings. She’s still got it! 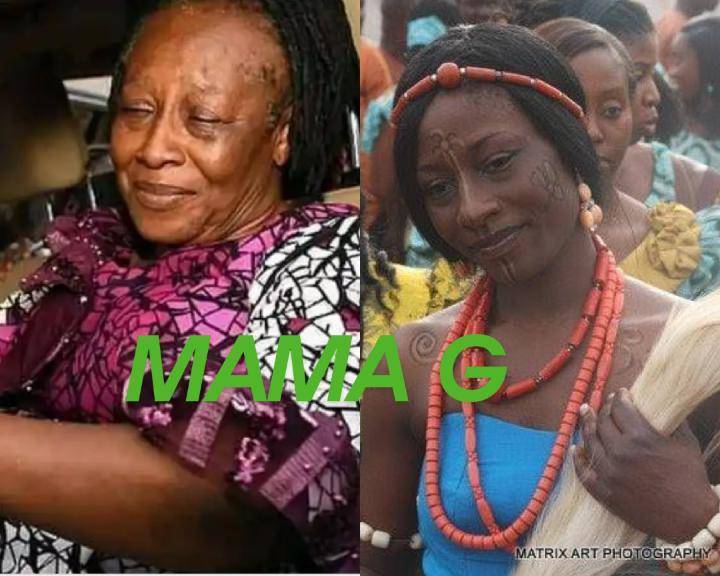 Talk about beautiful from the start, Ngozi Ezeonu ever since she hit our screens till today has undoubtedly always been beautiful. Her amazing talent in acting is just a bonus, we would have watched her regardless. From the looks of her throwback pictures, Ngozi has been a babe for as far back as she’ been alive. I mean, check her out!

Another wildly talented and forever young Nollywood actress is none other than the incomparable Ireti Doyle. Able to interpret any role given to her, Ireti has served us up some of the most interesting and conflicting performances in Nollywood. Looking back at her throwback picture until now, I must say wow, her parents did her really well, her genes are good!

‘Skinny Girl in Transit’ actress and comedian, Ngozi Nwosu is an all-arounder. This amazing actress has been acting for such a long time now and we’re still never tired of seeing her on screen because of the amazing energy and skill she brings to every role. Ngozi too has always been popping – what is it with Ngozis sef? Always shining!