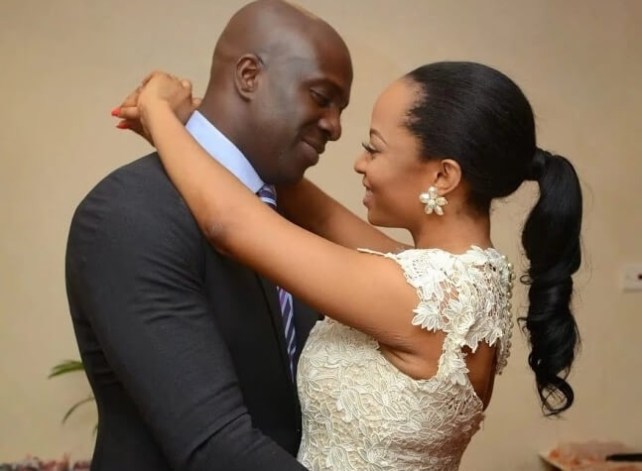 Toke Makinwa is an On Air Personality, a Vlogger, a television presenter and an author. She was in a long term 12 years relationship with Maje Ayida. The relationship had a lot of ups and downs but they secretly got married on 15th January 2014. Unfortunately, the marriage crashed in 2016. Toke Makinwa got married to Maje Ayida, whom she had been involved with for over eight years. In 2015, she separated from Maje Ayida after discovering that he had impregnated his ex-girlfriend. On 5th October 2017, Toke Makinwa’s marriage to Maje Ayida was dissolved by a Lagos High Court on the grounds that Maje Ayida committed adultery. Toke Makinwa was born on 3rd November 1984 in Lagos, Nigeria. She attended Federal Government Girls’ College in Oyo State, Nigeria. After which she later attended the University of Lagos, where she earned a Bachelor’s Degree in English and Literature.

Funke Akindele secretly got married to her hubby JJC Skillz Bello in London on 27th August 2016. Funke Akindele is one of the most popular actress of Yoruba decent. In 2009, she won the Africa Movie Academy Award for Best Actress in a Leading Role following her role as Jenifa in the popular television series “Jenifa’s Diary”. Funke Akindele was born on 24th August 1976 in Ikorodu, Lagos State, Nigeria. She has a Diploma in Mass Communication from Moshood Abiola Polytechnic and a Degree in Law from the University of Lagos. On 26th May 2012, Funke Akindele got married to Adeola Kehinde Oloyede and later divorced him in July 2013.
In May 2016, she secretly got married to Nigerian rapper Abdul Rasheed Bello also known as JJC Skillz in London, United Kingdom on a secret low key wedding. 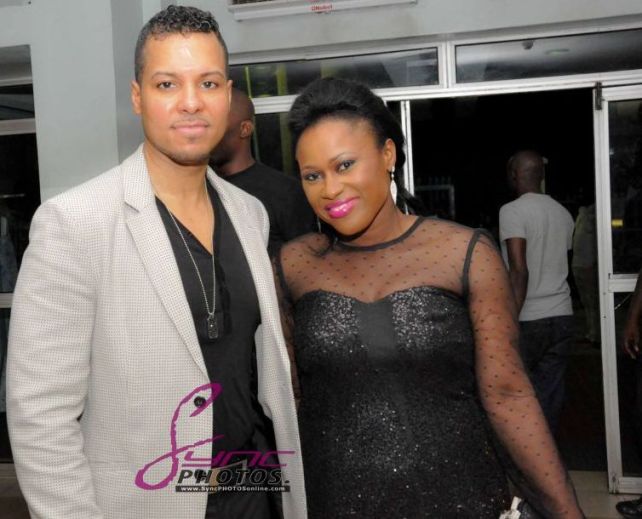 Nollywood actress Uche Jombo secretly got married to Kenny Rodriguez in a low key wedding ceremony in America after her failed relationship with Ikechukwu Uche. Uche Jombo was born on 28th December 1979 in Abiriba, Abia State, Nigeria. She is a graduate of Mathematics and Statistics from the University of Calabar and Computer Programming from the Federal University of Technology in Minna, Niger State, Nigeria. She joined Nollywood in 1999 and acted in her first movie Visa to Hell. As a screenwriter she has written and co-written several movies such as The Celebrity, Games Men Play, Girls in the Hood, a Time to Love, and many more.

Nollywood actress Stella Damasus who is based in the UK has been secretly married for over 3 years to her long time boyfriend and lover, Daniel Ademinokan. They kept their marriage secret until her husband Daniel Ademinokan made their marriage known before the public on 14th February 2014 via an Instagram post as a way to surprise her fans. Stella Damasus married her first husband, Jaiye Aboderin, at the age of 21 years old in 1999. The couple had two daughters before her husband Jaiye Aboderin died suddenly in 2005.
Stella Damasus remarried in 2007, this time to Emeka Nzeribe. The marriage lasted for seven months before a mutual agreement to divorce took place. In 2011, she started a relationship with Daniel Ademinokan and later got married to him in a secret wedding ceremony attended only by few close family members. Their relationship sparked a lot of controversy all over Nigeria and Africa because both parties never publicly admitted to be dating, engaged or even married until in 2014 when her husband broke the secret. 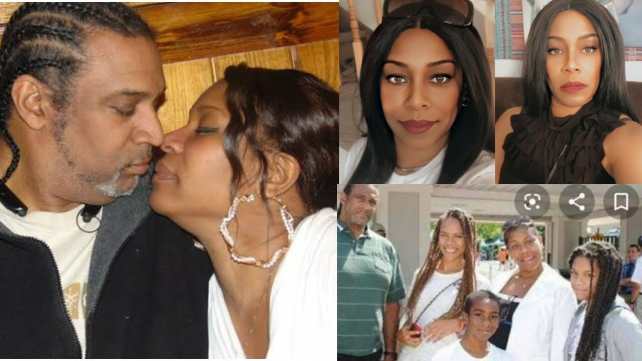 Nollywood actress Regina Askia in the early 90s secretly married Rudolph Williams, an American citizen who flew to Lagos for the secret wedding ceremony and later relocated back to the US with her immediately after the wedding. At that time the Internet wasn’t popular in Nigeria so it took about a week for people to find out. Shortly after her wedding Regina Askia relocated back with her husband to the United States of America, where she is currently practicing as a registered nurse.
Regina Askia was born on 17th May 1967 in Lagos State in the south western part of Nigeria. She is currently 54 years old. She is originally from Ukanafun, a small town in Akwa Ibom State in the south southern part of Nigeria. She is very beautiful and has been described as one of Nollywood best actress of all time. She is currently residing in the US with her family where she is practicing as a registered nurse.

Nigerian music star Simi and her hubby Adekunle Gold are also Nigerian celebrity couple that had secret wedding. After a long period of rumors flying around about Simi and Adekunle Gold concerning their relationship status whether if they are dating or not. They finally tied the knot in a very secret and closely-knit wedding right after the New Year in Lagos in 2019. The couples celebrated their honeymoon in South Africa. Their wedding was very secret and attended only by few close family members and friends. Simi and her hubby Adekunle Gold have been described as the hottest celebrity couples in Nigeria. 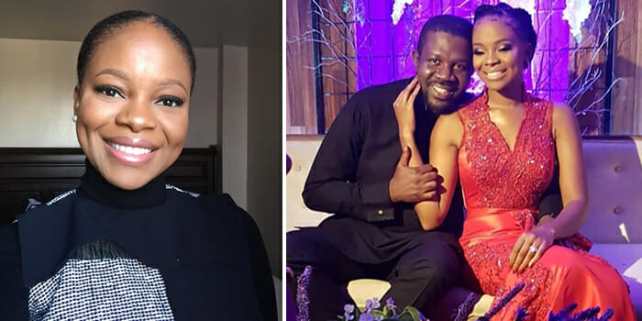 Nollywood actress Zainab Balogun rose to stardom in a relatively short period of time, after featuring in series of blockbuster movies such as The Wedding Party and a lead role in the 2017 blockbuster movie The Royal Hibiscus Hotel. She got married to Nigerian millionaire and aviation guru, Dikko Nwachukwu just last year in Lagos in one of the most secretly guarded weddings of the year. The wedding was very secret and guarded by security forces and bouncers. Only few friends and family members were invited to the wedding while uninvited guest where ordered to go back by the security personnel’s.

Adaeze Yobo was crowned the Most Beautiful Girl in Nigeria in 2008. She got married to Nigerian international footballer and former Super Eagles captain Joseph Yobo in 2009 in a private ceremony held at night. You would expect a queen to have a royal wedding but not Adaeze Yobo. In 2009 she married Joseph Yobo who at that time was one of Nigeria’s biggest footballers. The wedding was a departure from the norm as they got married in a private ceremony at night.
The guests in attendant where just few friends and the couples family members. Their marriage is blessed with two lovely kids. Adaeze Yobo is originally from Awka-Etiti in Anambra State. After winning the Most Beautiful girl in Nigeria, she represented Nigeria at the Miss World 2008 in South Africa. 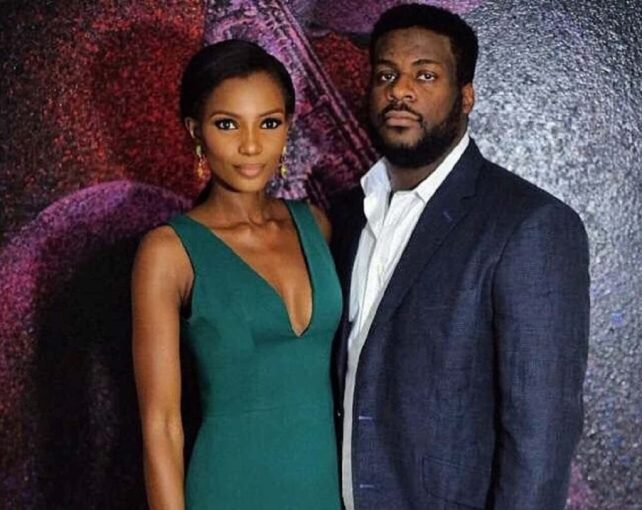 Top Nigerian model and former Miss World, Agbani Darego got married to Ishaya Danjuma, son of Nigerian Billionaire General Theophilus Yakubu Danjuma in a quiet ceremony held in Marrakesh, Morocco on 8th April 2017 and the marriage is currently blessed with a son. It was reported that only 35 people were in attendance during the wedding ceremony.
Agbani Darego is a Nigerian international model, beauty queen and a former Miss World. She is best known as the first native African to win the prestigious “Miss World” beauty pageant held in China. She was born on 22nd December 1982 in Lagos, Nigeria to a family of eight children. She is a native of Abonnema, a small village in River State, Nigeria but was born and bred in Lagos, Nigeria.